Chinese New Year is an important festival celebrated at the turn of the traditional Chinese lunisolar calendar. 2016 is the 4713th Chinese Year and the year of the Monkey; the first day falls on February 4th. People born within the Year of the Monkey are defined as quick-witted, curious, innovative and mischievous, however it's also believed to be one of the most unlucky years within the Chinese calendar.

In London the Chinese New Year party is the biggest outside of Asia and is set to start on February 14th. Thousands of people are expected to mark the occasion in London's Chinatown, where a parade historically takes place.

According to legend, the start of the Chinese New Year started with a legendary beast known as the Nian who would eat villagers. In order to safeguard themselves, the villagers would place food in front of their doors at the start of each year. One day, a villager set out to get revenge on the Nian. A god visited him and told him to place red paper on his house and to position firecrackers, which led to villagers understanding that the Nian was frightened of the colour red.

Once the New Year was approaching, the villagers would wear red garments and suspend red lanterns, and red spring scrolls on windows and doors. People additionally used firecrackers to scare off the Nian. From then on, Nian never came to the village again.

To ring in the Chinese New Year we have selected some superb Chinese pieces from our dealers at Grays.

The Decorative Antiques and Textiles Fair is a thrice-yearly event that specialises in unusual English and European antiques, original twentieth-century designs and artworks from past to present. The fair is well known as an excellent source of painted furniture, Gustavian and Swedish design, lighting, accessories and named-design furniture. Situated by the river in the lovely Battersea Park, the fair has been a fixed part of London's design calendar for over 30 years, hosting over 140 exhibitors.

This winter the fair has a special focus highlighting perhaps one of our most common and more practical pieces of furniture: the chair. "Take A Seat: Three Hundred Years of Chair Design" will demonstrate the evolution of chair styles through out history, displaying pieces from the 1700s and 1800s to Arts and Crafts, Modernist and architect-designed pieces. It will include examples such as high-back Louis XIII dining chairs to Georgian Chippendales, mid-century modern to post-modern and über-industrial designs.

For the occasion we have selected some of our own decorative antiques and textiles at Grays:

Lumiere London, 14 to 17 January, is a free light festival in 30 locations across some of the capital's most iconic areas, Mayfair being one of them. Over four evenings, many of the capital's streets will be illuminated with dazzling night delights. Expect large-scale video-mapped projections, interactive pieces and jaw-dropping installations. Here are a few examples:


In celebration of this event, we picked a few light related items from Grays that will brighten up dreary evenings.


The Mayfair Antiques & Fine Art Fair will feature over forty specialist exhibitors, drawn primarily from The British Antique Dealers' Association and LAPADA The Association of Art & Antiques Dealers. The aim is to present a varied selection of high quality art and antiques, giving visitors the opportunity to browse and acquire the finest furniture, sculpture, silver, oil paintings and watercolours, jewellery, ceramics, glass, clocks, oriental carpets, books, 20th century design pieces and many other decorative and rare objects spanning the centuries. 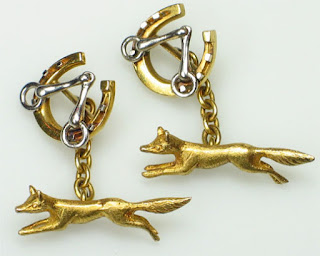