Running until 3 April 2016, Tate Modern is hosting a retrospective by the American sculptor Alexander Calder. Calder was a radical figure who pioneered kinetic sculpture, bringing movement to static objects, he was hailed the originator of the mobile, a sort of moving sculpture created with delicately balanced or suspended shapes that move in response to the touch or air currents.

Calder’s monumental stationary sculptures are known as stabiles. He additionally made wire figures that are like drawings created in space, and notably a miniature circus work that was performed by the creator. The artists aerial sculptures are unquestionably beautiful: fine balanced arrangements of forms like waving leaves, subatomic particles or celestial bodies, suspended from the lightest possible cat’s cradle of wire.

Below we have selected a few of our favourite pieces inspired by the Calder show.

Egypt: Faith after the Pharaohs

The British Museum presents a major exhibition looking at an important transition in Egypt’s history never explored before in its entirety. Egypt: Faith after the Pharaohs,  29 October 2015 – 7 February 2016, explores 1,200 years of history, providing unparalleled insight into the lives of different religious communities. This exhibition of around 200 objects will show how Christian, Islamic and Jewish communities reinterpreted the pharaonic past of Egypt and interacted with one another. The transitions seen in this period have shaped the modern world we know today.

In keeping with the Egyptian feel here at Grays, we have chosen a few Egyptian revival and Egyptian inspired items...

At the turn of the 20th Century, Dutch draughtsman Escher created imaginative and often impossible worlds with his woodcuts and lithographs. From detailed geometric tessellations to complex architectural structures, Escher had a precise and mathematical approach to his work.

Very secretive and reclusive, he tried to increase the price of his work as his popularity grew to deter buyers and commissions, but this only proved to escalate attention!

Dulwich Picture Gallery is hosting the first Escher retrospective in the U.K. Running from 14th October 2015 - 17th January 2016, this is the perfect way to view Eschers eccentric work from his congruous distortions to the surreal interiors that attracted the psychedelic scene of the 1960s.

In keeping with the abstract feel here at Grays, we have chosen a few stylised modernist pieces from our dealers to compliment the trend.

A big thank you to everyone who came and joined us for our annual Christmas shopping party last week! You all made it a truly festive and magical evening and we hope that you enjoyed it as much as we did. Fortunately Christmas at Grays does not end there, the spirit and beauty of the season will stay with us throughout all of December and we hope that you will share this with us as we count down the days 'til Christmas Day! 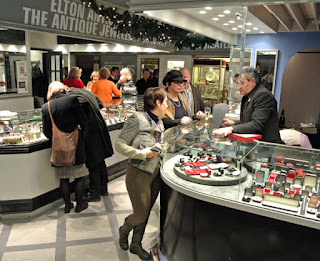 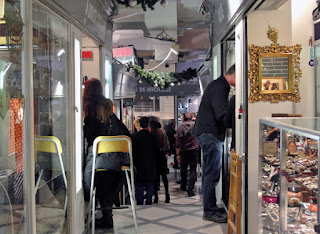 Besides the most festive season of the year, we have another reason for celebration. Last week something happened that put an end to an era and made way for a new.  The ground shafts that have long been covering both the front and the bigger part of the side of Grays are now gone.  And finally, after five long years, the beautiful exterior is now openly displayed in all its' proper grandeur. 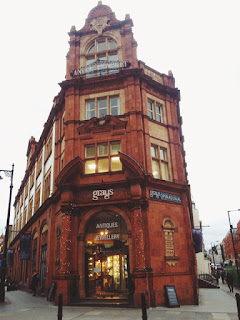 So come and have a look at one of Mayfair’s most beautiful buildings and take in the season with us!