With summer already here and hot weather on the way, it's time to get your summer style sorted! Grays Mews has a fantastic range of vintage clothing, jewellery and accessories for you to mix and match to your style. Here are some items we think will work the summer look perfectly:

Father's Day is a festival respecting fathers and praising parenthood, fatherly bonds, and the impact of fathers in society.

Father's Day festivities were first recorded in 1910 in Washington USA, by Sonora Smart Dodd. Her dad was a Civil War veteran come single parent who brought up six youngsters. A few local priests accepted the idea of a day celebrating fatherhood, and on 19 June 1910, the first Father's Day sermons were held: "sermons regarding fathers were introduced all through the city."

Numerous people endeavoured and failed to establish a day for fathers before this. Harry C  Meek claimed that he had first had the thought for Father's Day in 1915. Meek explained that the third Sunday of June was picked on the grounds that it was his birthday. He was nicknamed as the "Originator of Father's Day". Meek made many efforts to promote Father's Day in an attempt to make it an official holiday.

In  the 1920s, Dodd stopped promoting the celebration due to her studies in the Art Institute of Chicago, and it faded into relative obscurity. In the 1930s, Dodd came back to Spokane and began advancing the festival again at a national level.

By 1938 she had the assistance of the Father's Day Council, established by the New York Associated Men's Wear Retailers to help with nationwide commercial promotion. She also had the help of those trade groups that would benefit most from the holiday, for example the manufacturers of ties, tobacco pipes, and any traditional gifts for fathers.

For a perfect Father's Day present here is a selection some of the gifts available at Grays.

Andrew Prince: From Downton to Gatsby, Jewellery and Fashion from 1890 to 1929 - Join him next Monday 15 at Grays

Jewellery designer Andrew Prince creates the finest crystal jewellery and has built up a loyal clientele ranging from the stars of stage and screen to royalty, couture houses and venerable institutions such as the Victoria & Albert Museum.

Andrew's taste for fine 'costume jewellery' was inspired by an encounter at an antique market where he came across a stunning Victorian brooch set with what he initially thought were emeralds and diamonds. It turned out they were actually crystal and green glass set in silver and gold. From this moment, Andrew realised that beautiful jewellery didn't require expensive stones, and that it was the elegance of the design and the quality of the workmanship that truly mattered. He then decided to create a small collection of superior 'fine crystal jewellery' which has become synonymous with ‘Andrew Prince Jewellery’.

Citing his four biggest influences on his work as the delicate beauty of the ‘Belle Epoque’, the sinuousness of ‘Art Nouveau’, the line and strength of ‘Art Deco’ and the glamour of 1930s Hollywood, Prince’s vast knowledge on the fin de siècle period is clear in ‘From Downton to Gatsby, Jewellery and Fashion from 1890 to 1929.’ During this talk he illustrates the intimate connections between the great jewellers, couture houses and the people, politics and events that shaped this glitzy period at the turn-of-the-century.


Join Andrew as he shares his expertise and gives us a fascinating glimpse into this era of change in the world of fashion and jewellery, and a talk which debuted at the Victoria and Albert Museum.


Book tickets for this talk via the Fox & Squirrel website here.

Professor Giorgio Riello: What is Luxury? Join him Monday 15 June at Grays 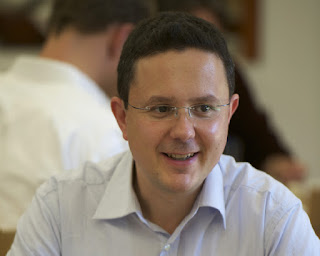 Having just completed a book entitled Luxury: A Rich History (Oxford University Press, forthcoming 2015) and reviewed V&A exhibition 'What is Luxury?' for the their magazine, Professor Giorgio Riello is an expert on the subject. Professor Riello will be speaking about luxury and the shift from French rococo opulence to a twentieth-century notion of luxury that is more restrained at Grays' upcoming day of talks, Monday 15th June. 'A Day of Antiques: Looking Beyond The Trade at Grays' will cover a broad range of subjects from how to buy antiques to jewellery design through the ages and guests will benefit from the expertise of speakers such as BBC Antiques Roadshow and Collectaholics' Mark Hill and jewellery designer Andrew Prince. 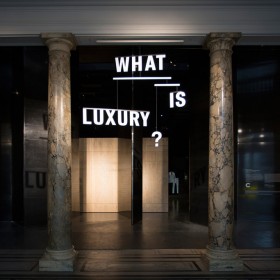 Riello says that for him luxury is, "the longstanding pursuit of pleasure," so "luxury is not just about consuming (handbags, perfumes and scarves) but is the enjoyment of the best that life can offer." A professor of Global History and Culture and Director of the Institute of Advanced Study at the University of Warwick, Giorgio has published extensively on the history of fashion, design and consumption in early modern Europe and Asia and is the coordinator of the Leverhulme-funded ‘The Luxury Network’, a collaboration between Warwick, the V&A, the Museum of Art and Design in New York, and the universities of Bologna, Stockholm and Melbourne. However he started out his career as an economist and specialised in economic history, with a particular interest in the history of the fashion and textile industries.

On the 15th, 'Between Opulence and Minimalism,' will address the question, 'Can luxury be ‘poor’?' One might say that the creation of luxury that does not look like such is the very pinnacle of luxury itself: in an age in which decoration has become cheap and at the reach of the majority, luxury has adopted its diametrical opposite to retain its exclusivity.

Buy tickets to 'Between Opulence and Minimalism,', a talk with Professor Giorgio Riello, or to our other talks, Monday 15th June, here or from reception at Grays.
No comments:

The Rise of Coffee

Although coffee is the youngest of the popular hot beverages, with a history about one-third as long as that of hot chocolate or tea, it is the most popular drink worldwide with around two billion cups consumed.

Although associated with longstanding European cafe traditions, espresso is a modern invention. Using machinery developed in Italy around the turn of the 20th century, the process brews coffee at “express” speed by forcing hot water through finely ground coffee at high pressure. The result is a small shot of very strong coffee. A multitude of espresso-based drinks, from lattes to macchiatos and cappuccinos were perfected in European cafes but only belatedly introduced to the American market.

Beatnik culture was synonymous with coffee bars. In the early 1950s, Soho became the centre of beatnik culture in London. The capital was full of fashionable espresso bars such as Le Macabre (Wardour Street), which had coffin-shaped tables, fostered beat poetry, jive dance and political debate. The Goings On, located in Archer Street, was a Sunday afternoon club, organised by beat poets Pete Brown, Johnny Byrne and Spike Hawkins, that opened in January 1966. For the rest of the week, it operated as an illegal gambling den.

Other "beat" coffee bars in Soho included Le Grande, La Roca, Freight Train, Picasso and the Moka Bar. The 2i's Coffee Bar at 59 Old Compton Street, was probably the first rock club in Europe and played a formative role in the emergence of Britain's pop music culture in the late 1950s.

In recent years we have seen a large rise of independent coffee shops re-emerge, not just in London but across the country in cities like Bath, Manchester, Bristol and Edinburgh. Customers are getting more knowledgeable about the coffee they drink, and as such are starting to favour the smaller, specialist independent coffee shops as opposed to the bigger high street chains.

On June 8, we will have our very own Grays Speciality Artisan Coffee stand, serving Fairtrade organic coffee and other hot beverages. In the lead up to Grays' exciting new coffee venture we had a look around the centre and discovered lots of beautifully ornate coffee apparatus and accessories...