You are the Great Cat

The most established record of a feline's relationship with people originates from Cyprus where, around 9,500 years back, it was found that a wildcat was buried with a human. It was the Ancient Egyptian culture however, that became prominent for its devotion to the cat. Cats became a respected creature and one essential to Egyptian culture and religion. Felines were so revered they received the same embalming after death as humans. An extensive Egyptian tomb with embalmed felines was discovered by a farmer in 1888. This revelation discovered outside the town of Beni Hasan had eighty thousand feline mummies, dated after 1000 BC.

The export of cats from Egypt was so strictly prohibited that a branch of the government was formed solely to deal with this issue, in addition killing a cat was punishable by death. It is recorded that when a feline passed on, the family would go into grieving as though for a human relative, and would frequently shave their eyebrows to illustrate their misfortune.

Nevertheless, the Egyptians' love for cats would eventually be the source of their demise. In the Battle of Pelusium (525 BC) Cambyses II of Persia conquered Egypt, defeating the forces of Pharaoh Psametik III. Cambyses had his soldiers round up cats and drive them before the Egyptian forces. The Persian soldiers then held cats in their arms, and decorated their shields with images of cats as they marched behind the wall of felines. Reluctant to defend themselves for fear of harming the cats, the Egyptians surrendered the city and let Egypt fall to the Persians.

An inscription in the Valley of the Kings states, "You are the Great Cat, the avenger of the gods, and the judge of words, and the president of the sovereign chiefs and the governor of the holy Circle; you are indeed the Great Cat."

You can find a wide variety of wonderful feline antiques throughout Grays. Here is a selection of our favourite pieces:

Chinese art, like Chinese history, is typically classified by the succession of ruling dynasties of Chinese emperors, most of which lasted several hundred years. It is based on or draws on Chinese heritage and culture.

Early forms of art in China were made from pottery and jade in the Neolithic period, to which bronze was added in the Shang Dynasty. In early imperial China, porcelain was introduced and was refined to the point that in English the word 'china' has become synonymous with high-quality porcelain.

With Chinese New Year underway, we focused on the latest offerings of Chinese art from our new showcase dealer Alexandra’s Art Corner.

Snuff Bottle
It’s said that snuff was introduced to China between the end of Ming Dynasty (1368-1644) and the beginning of Qing Dynasty (1644-1911) by Matteo Ricci who was an was an Italian Jesuit priest. His 1602 map of the world in Chinese characters introduced the findings of European exploration to East Asia.


Chinese Jade
Chinese jade is the primary hardstone of Chinese sculpture. It was used to create many utilitarian and ceremonial objects, ranging from indoor decorative items to jade burial suits, reflecting the ancient Chinese belief that jades would confer immortality or prolong life and prevent decay.


Huluping; ‘Double-Gourd' Vase
Huluping derives its form from a double gourd, a shape that was made possible by the invention of the Longquan Kiln during the Southern Song dynasty. As a symbol of fertility, the double gourd is considered to be good luck. It is also a Daoist emblem of immortality.

All these items and many more are on display in Alexandra’s Art Corner showcase, FS007.
No comments:

Next week from the 20th to the 24th of February, the international fashion pack will congregate in London to focus on the latest catwalk trends for London Fashion Week. During this time, London reinstates itself as the style capital of the world.

Amongst the designer shops in Mayfair is Grays Antiques. To those in the know, Grays is a fashion destination for accessories, we have vintage costume jewellery dealers who have a wealth of knowledge about their items, most of which are pieces by designer names such as Miriam Haskell, Trifari, Lea Stein, Christian Dior and Butler & Wilson. Vintage costume jewellery is the perfect accompaniment to clothing and the right accessories can complete an outfit.

Mixing vintage with new adds a touch of style and sophistication, here's a selection of what's on offer at Grays.

Love it or hate it, the annual love-a-palooza is upon us. With Cupid’s arrow set to fire on Valentine’s Day, we have no time to waste.

Cupid's arrow is one of the most widely recognised symbols of love. We all know what happens when Cupid, aka Eros, strikes with his golden bolts. A person falls instantly in love, which isn't always a bed of roses, as we all know. If you have never been in love though -- watch out! Cupid may be stringing his bow and taking aim at you this very minute!

To help you find the perfect way to get your message across, be inspired by our Valentine’s gift ideas below.


If you are planning to pop the question on this most romantic day of the year, Grays offers a fantastic opportunity to find that unique engagement ring. Our dealers stock the finest selection of antique and vintage engagement rings from the early Georgian, Victorian, Edwardian and Art Deco eras through to the late 1980s and modern times. Although diamonds are a girl’s best friend, coloured gemstones such as ruby, sapphire and emerald have become hugely popular in recent years. With Kate Middleton setting the trend with her beautiful sapphire engagement ring we encourage you to experiment with different styles and periods to mark that special occasion. For more information read our Grays Guide to Buying an Engagement Ring, or pay us a visit. The Grays' personal shoppers are now on hand to help you find exactly what you are looking for. This service is free of charge and an appointment can be made by calling 020 7629 7034.

Why not personalise your  Valentine's gifts with Grays’ in house engravers - Bennett & Thorogood - who can engrave on a wide range of items such as gold and silver jewellery, watches, tankards, napkins and even umbrellas!

Last but not least, the one present that makes everyone happy and excited to shop is the gift voucher. Grays' gift vouchers can be purchased in £10, £20, or £50 denominations at reception. 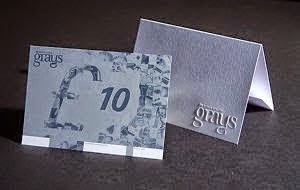 For more Valentine's gift ideas be sure to visit us at Grays. Happy Valentine's shopping!
No comments: