The start of Chinese New Year, also known as the Lunar New Year, will start on Friday 31st January. According the the Chinese Zodiac 2014 is the year of the horse, bringing great energy and success for some. Traditionally celebrated in Asia for 15 days with parades, firecrackers and festivities, here at Grays we have found some interesting and auspicious pieces to welcome in the New Year.


You can celebrate Chinese New Year in London on Sunday 2nd February with events taking place throughout the capital - the largest celebrations outside of Asia, according to Visit London.  Why not plan a trip to Grays to find some treasures of your own.
No comments:

Gryllos and Monsters in Antique Jewellery

Gryllos are composite and fantastical creatures, part human and part animal. From Homeric references to Ovid, and Byzantine historians, right up to Gothic revival in Victorian literature, the gryllos embodies the impossible. Moreover, it’s the lure of curiosity that gives it an enduring power of attraction – winged insects with cats heads and sphinxes with beetles wing cases – makes it an integral part of both myth and art.

For the fifteenth century man gryllos and monsters represent his secret nature and reveal him his own truth. Characteristic is the evolution of the famous gryllos already familiar to the Middle Ages in the English Psalters, Chartres, and Bourges. It taught them how ‘the soul of desiring man had become a prisoner of the beast’. But at the beginning of the Renaissance the gryllos escapes the world of legend and moral illustration to acquire a fantastic nature of its own. Animality has escaped domestication by human symbols and values, impossible animals, delirious animals issuing from imagination and the freedom of dreams.

Enigmatic gryllos and mythical monster fascinate because it is symbolic wisdom, elements of a different hermetic, esoteric learning. Half human half fantastic animal in the world of images the symbolic man becomes something, half between being an animal and a thing with the power is to teach and to fascinate.

No wonder they have found expression in jewellery making among other forms of art. In particular in the engraving of gemstones, this was a major luxury art form in the ancient world. Engraving means carving in intaglio with the design projecting out of the background.


Gems were mostly cut by using abrasive powder from harder stones in conjunction with a hand-drill. Though they were keenly collected in antiquity, most carved gems originally functioned as seals often mounted in a ring. On a more practical note a finely carved seal made forgery more difficult as the carved gem left an impression in hardened wax.

With just three weeks to go to Chinese New Year (31st January 2014), we thought we would explore Grays and pick some items to celebrate this special occasion. We have spotted many beautiful treasures made with jade. As you probably know, jade has always been highly regarded and prized in Chinese culture. It is a symbol of wealth and status so no wonder that jade is a much sought after gemstone. According to The New York Times the price of jade has skyrocketed in recent years and jade is sometimes considered more valuable than gold.

There is no better time to give or receive jade than around Chinese New Year. Here at Grays we have plenty to choose from. Check out our favourites or come and pick your own auspicious piece. 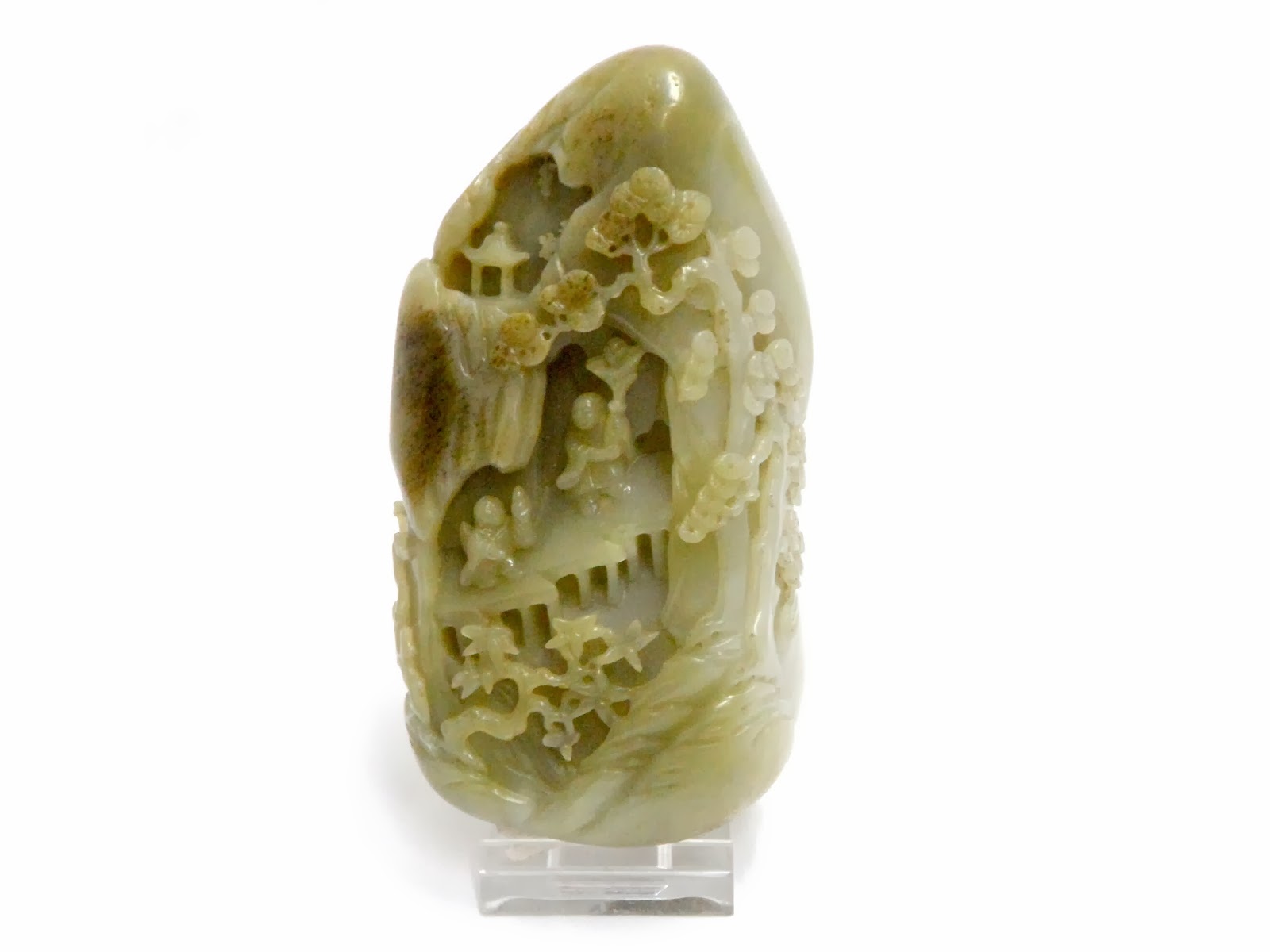 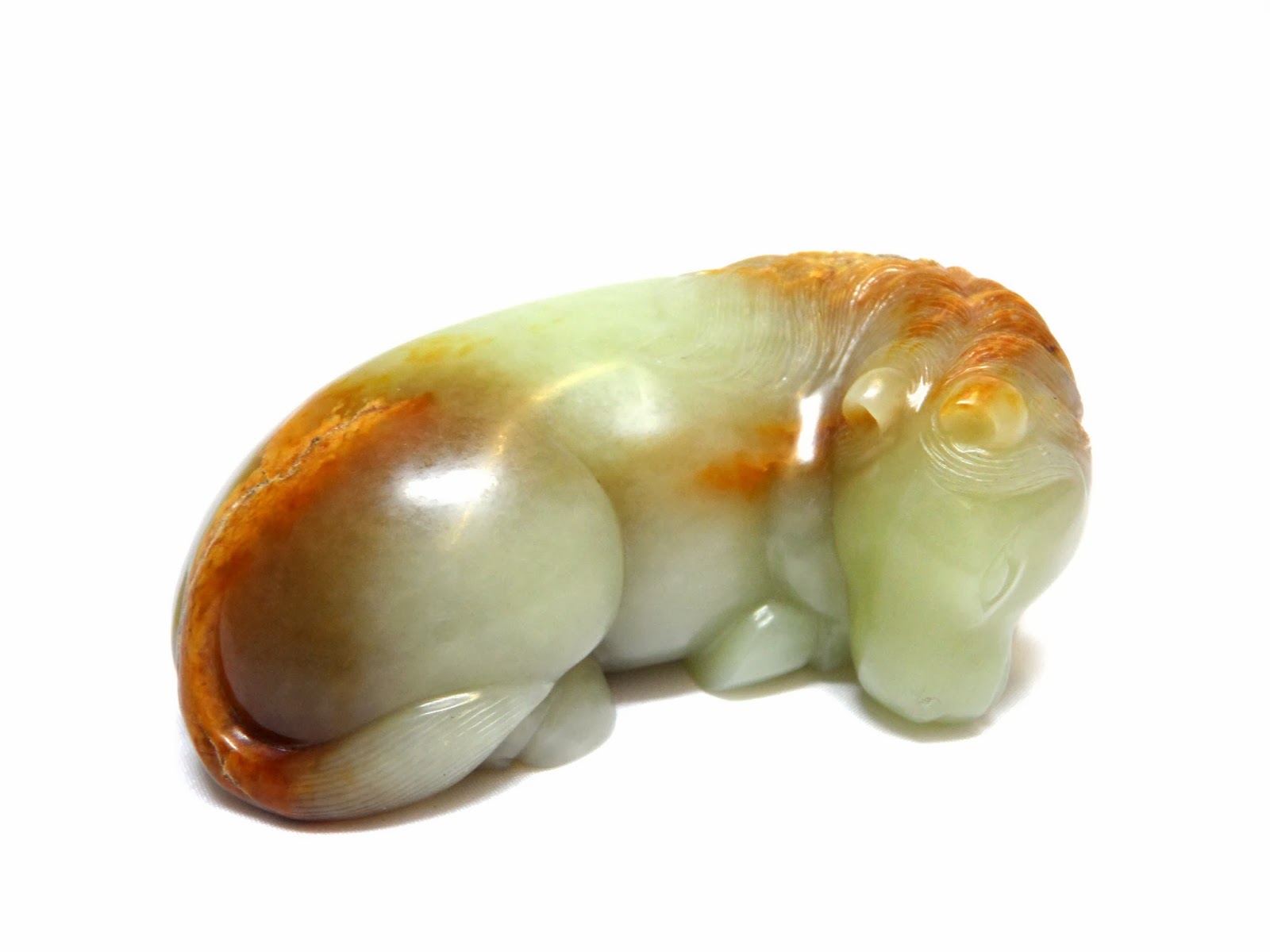 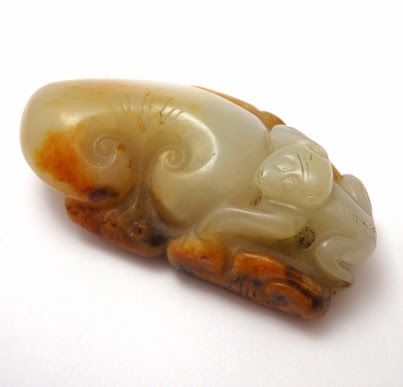 A Chinese jade carving of a monkey on lingzhi mushroom.
Offered by Duchange and Riche. 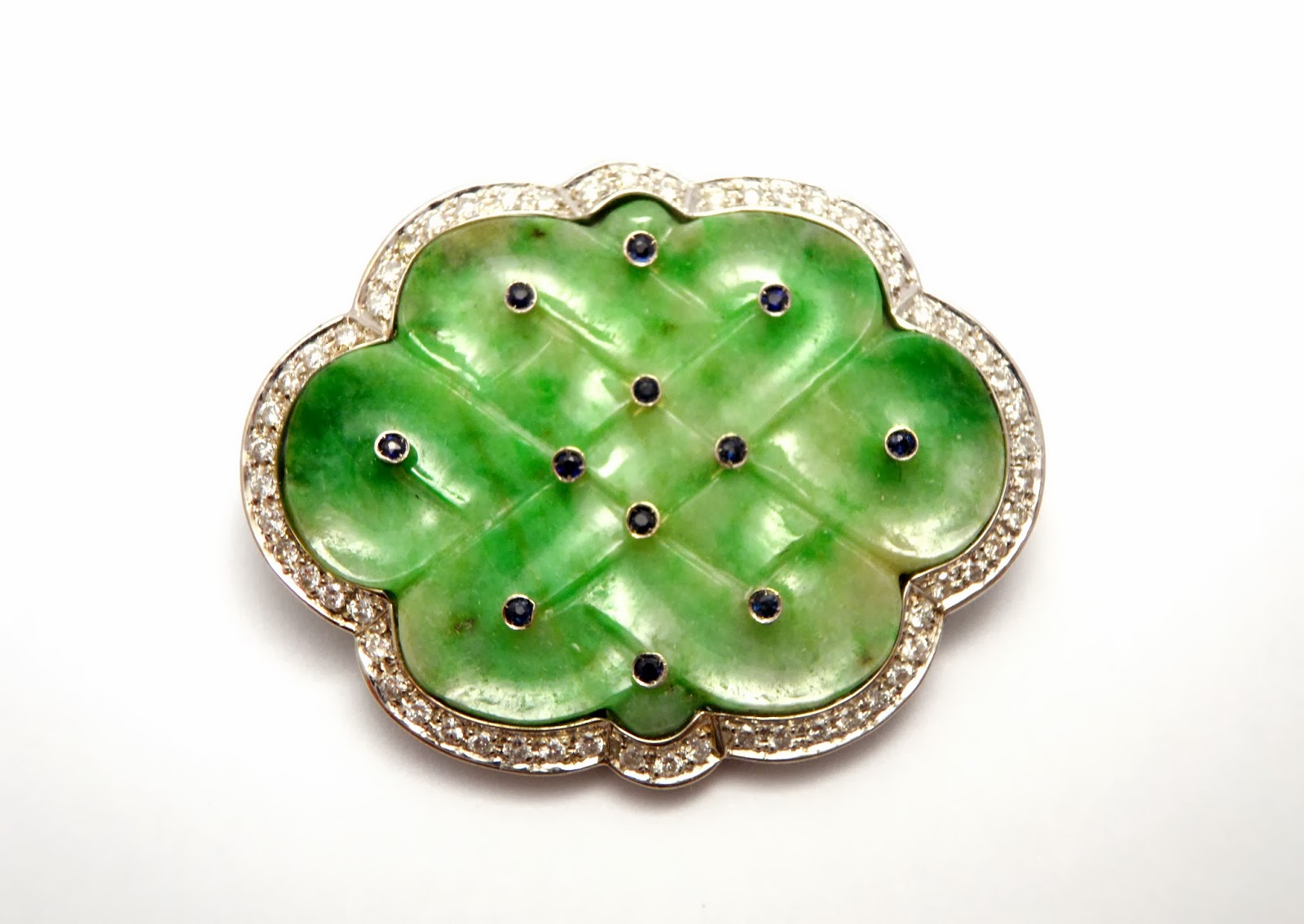 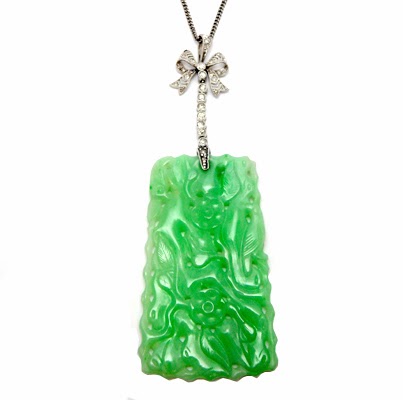 A stunning panel of finely carved jade, circa 19th century on a 1930s
platinum and diamond pendant mount. Offered by Robin Haydock.

Jewellery designs of nature featuring creatures have been in vogue for a long time. It was prominent in the Georgian and Victorian period. During the latter part of the 19th century animal themes took on different interpretations, as birds and claws were set in metal.

In the 1950s - 1960s there was an abundance of animal/insect themed costume jewellery, during this period the need for affordable quality was in demand, hence the popularity of jewellery made with enamel, perspex, rock crystal, etc.

Below is a selection of the beautiful insect and animal jewellery you will find at Grays.