We know how stressful the hunt for the perfect Christmas gift can be, at Grays you can be rest assured you will find that special item. With over 200 dealers and a wide range of stock, why not avoid the hustle and bustle of Oxford Street and make a short detour to Grays where our dealers are at hand to give you expert information about their stock.

For inspiration, we've compiled a small selection of potential gift ideas. If you visit Grays, it will soon become apparent you are spoiled for choice!

We would like to remind you all, the last day of trading at Grays this year will be Wednesday 24 December 10am until 4pm. We will re-open in the New Year, Friday January 2, from 10am until 6pm as usual.

We wish you all a very merry Christmas and New Year!

Our Christmas Shopping Party at Grays took place Thursday 27th November this year, and was a huge success thanks to our collaborators, dealers and customers!

Jason was our fantastic singer for the night, and crooned his way through a set of vintage and Christmas classics. He really added to the party atmosphere and made sure event the most reluctant joined in with the dancing! To find out where you can see Jason next, make sure you follow him on Facebook and Twitter, and keep an eye on his website. 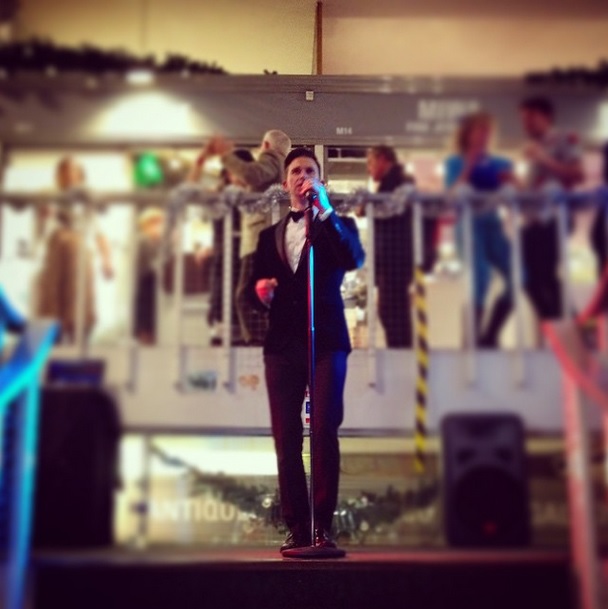 Grays in the Press!
Grays is mentioned in The Riverside Journals in an article entitled, Mayfair: A Label Hunter's Paradise. 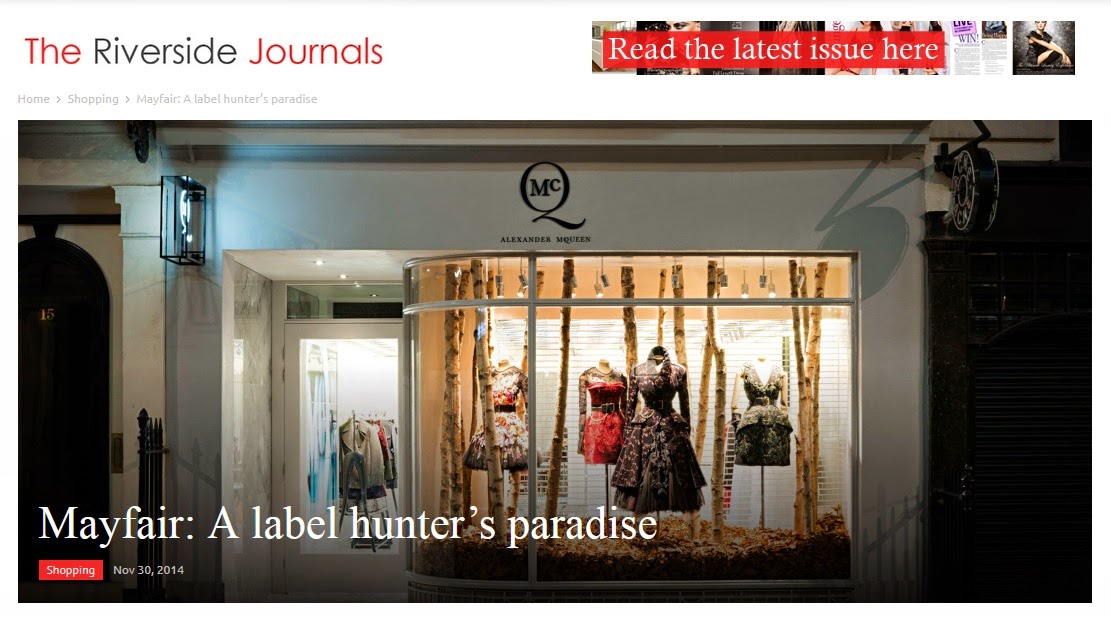 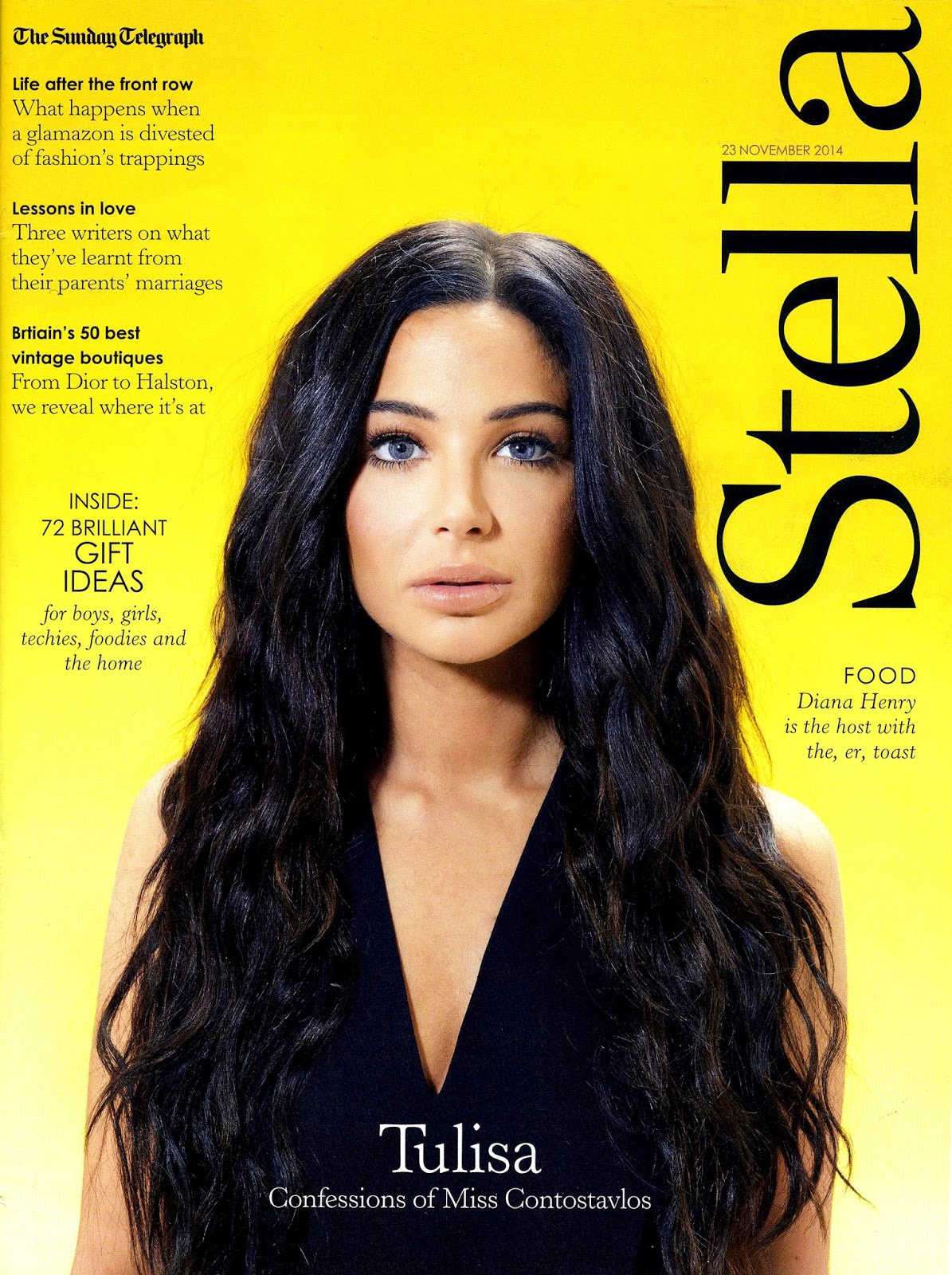 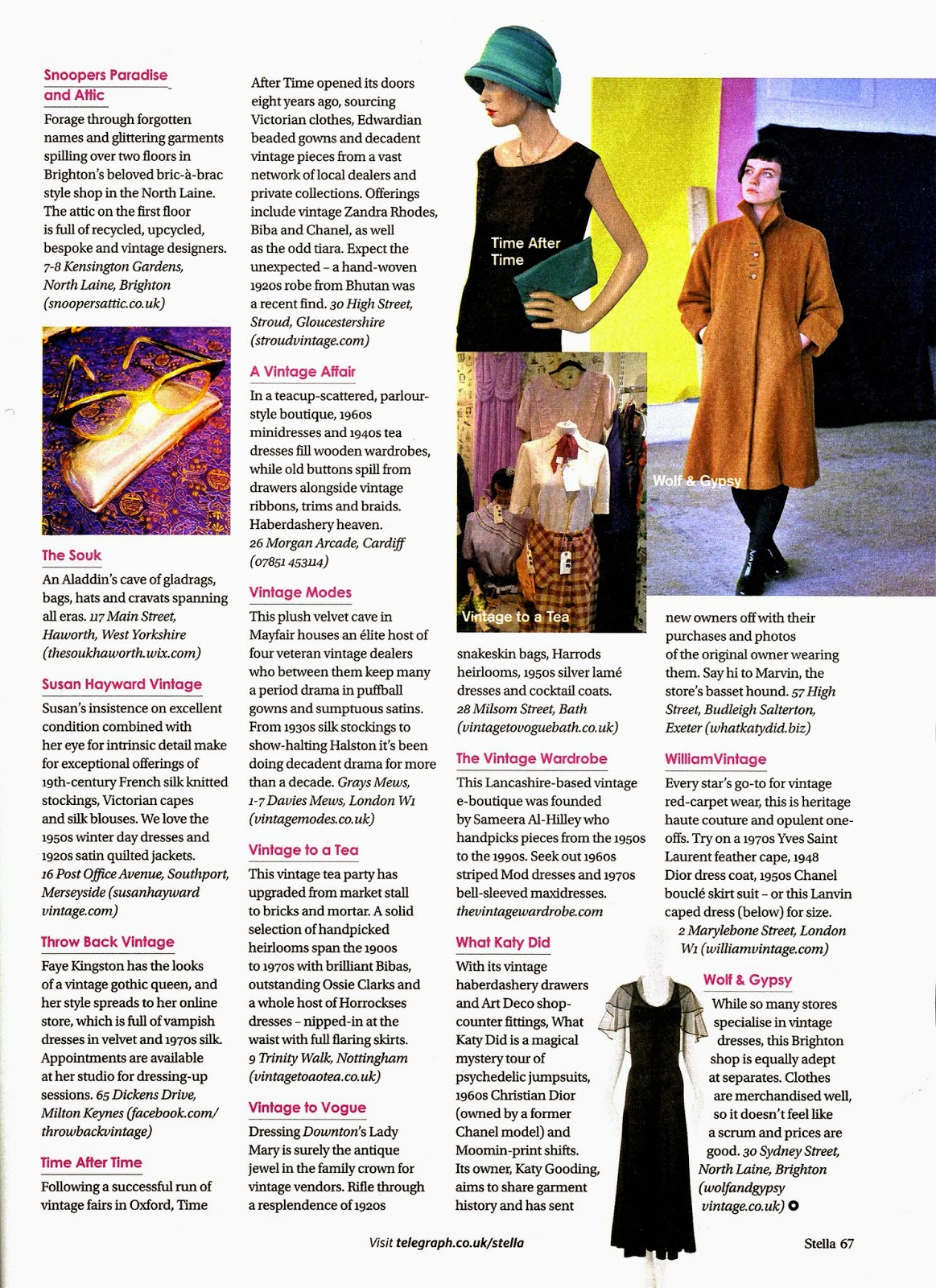 Vintage Modes are Back in Business!

We are delighted to announce that Vintage Modes, a well established collective of vintage fashion and costume jewellery dealers, are now back open for business!

As some of you might be aware, Vintage Modes and the whole lower ground floor succumbed to major flooding after a bout of heavy rain in the summer. During the renovations Vintage Modes have undergone a complete makeover and the customers can now enjoy their brand new look and ever expanding inventory.

Vintage Modes are a popular location for photo shoots and filming and are regularly featured in magazines such as Vogue, Tatler and Stylist. Thus it comes as no surprise that they were recently included in the top 50 Best Vintage Boutiques in The Sunday Telegraph’s Stella supplement. 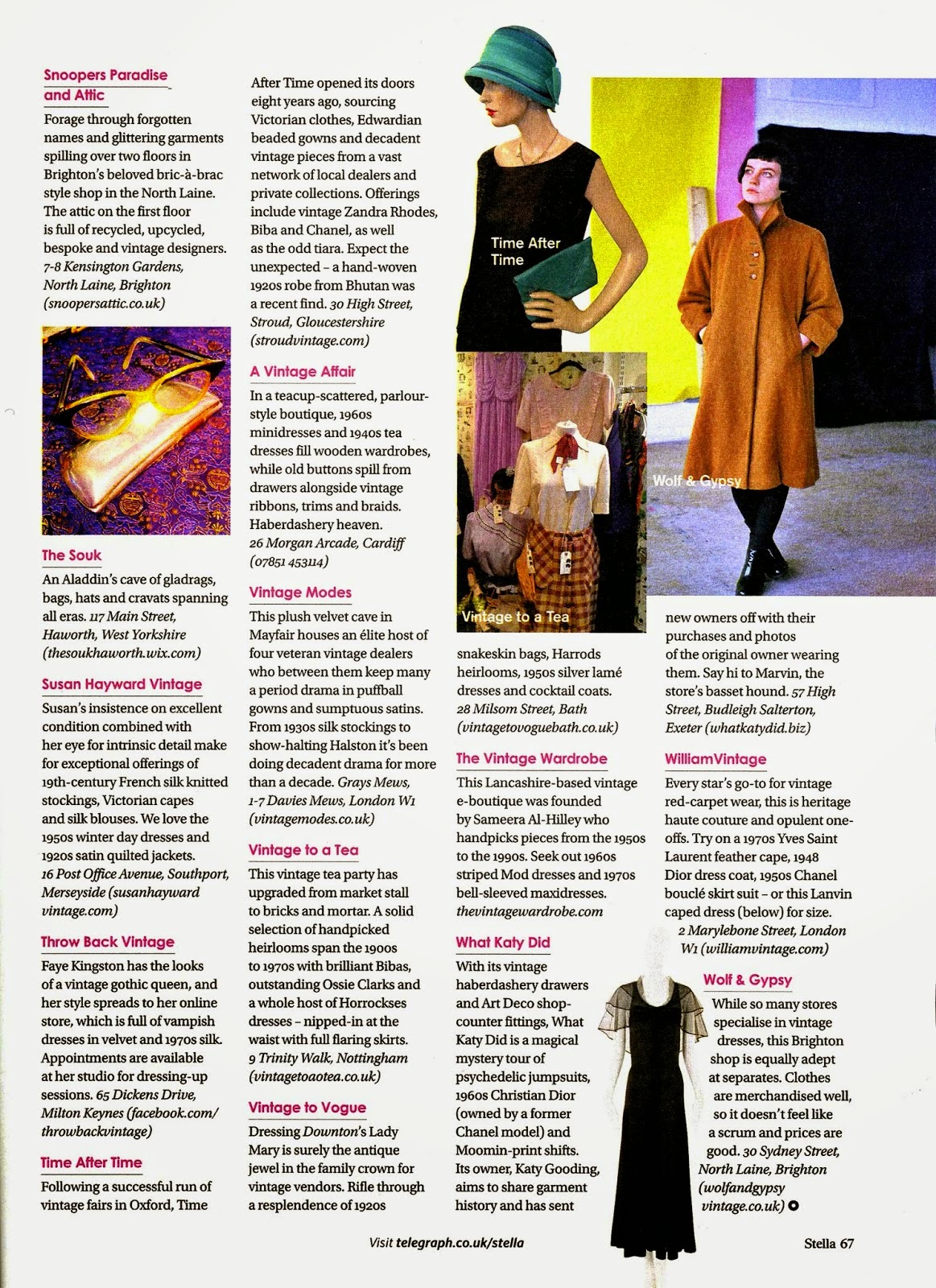 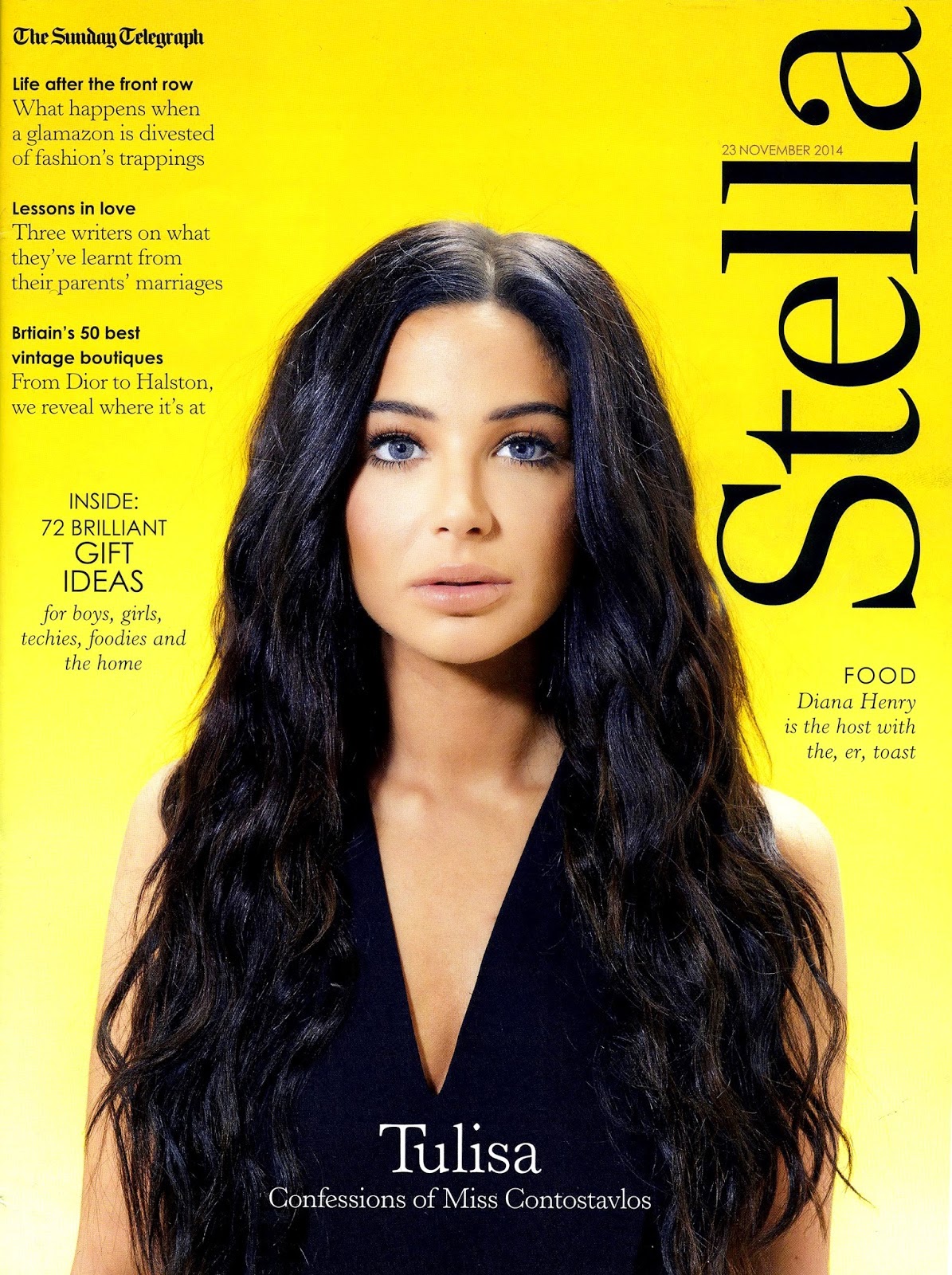 Vintage Modes is an essential destination for any vintage lover! Whatever your look or style you will certainly find a treasure or two here.


Visit Vintage Modes downstairs in Grays Mews. Open Monday to Friday from 10am-6pm and Saturdays from 11am-5pm.  Don’t forget to follow the dealers on social media for more regular updates and press coverage.

For those of you that made it to the Grays Annual Christmas Shopping Party last night - we hope there weren't too many sore heads this morning! - you'll already know about the much anticipated collaboration between Grays and the Antiques Young Guns. Last night the #AYG launched their special Christmas Cracker showcases here at Grays, where several of the Antique Young Guns are displaying their pick of the best antique gift ideas, all for sale from reception at Grays! Some of the inspiring Young Guns participating are; Alyce Dobbie, Robyn Alston, Amanda Pickett, Jon Irvine, Mara gold, Joseph Kennedy, Natalie Leon, Claire O'Neil, Jason Clarke and co-founder George Johnson. Head on down to Grays now to check out the cabinets, located in our Grays Mews building, 1-7 Davies Mews, W1K 5AB.

Antiques Young Guns' Mark Hill - who is resident here in the Mews at Grays - and George Johnson co-founded the AYGs along with Gail McLeod and last night announced exciting news of their collaboration with U.S. Antique Shows, meaning they can now take the success of the Young Guns to the US. Read more here about #AYG's latest news! 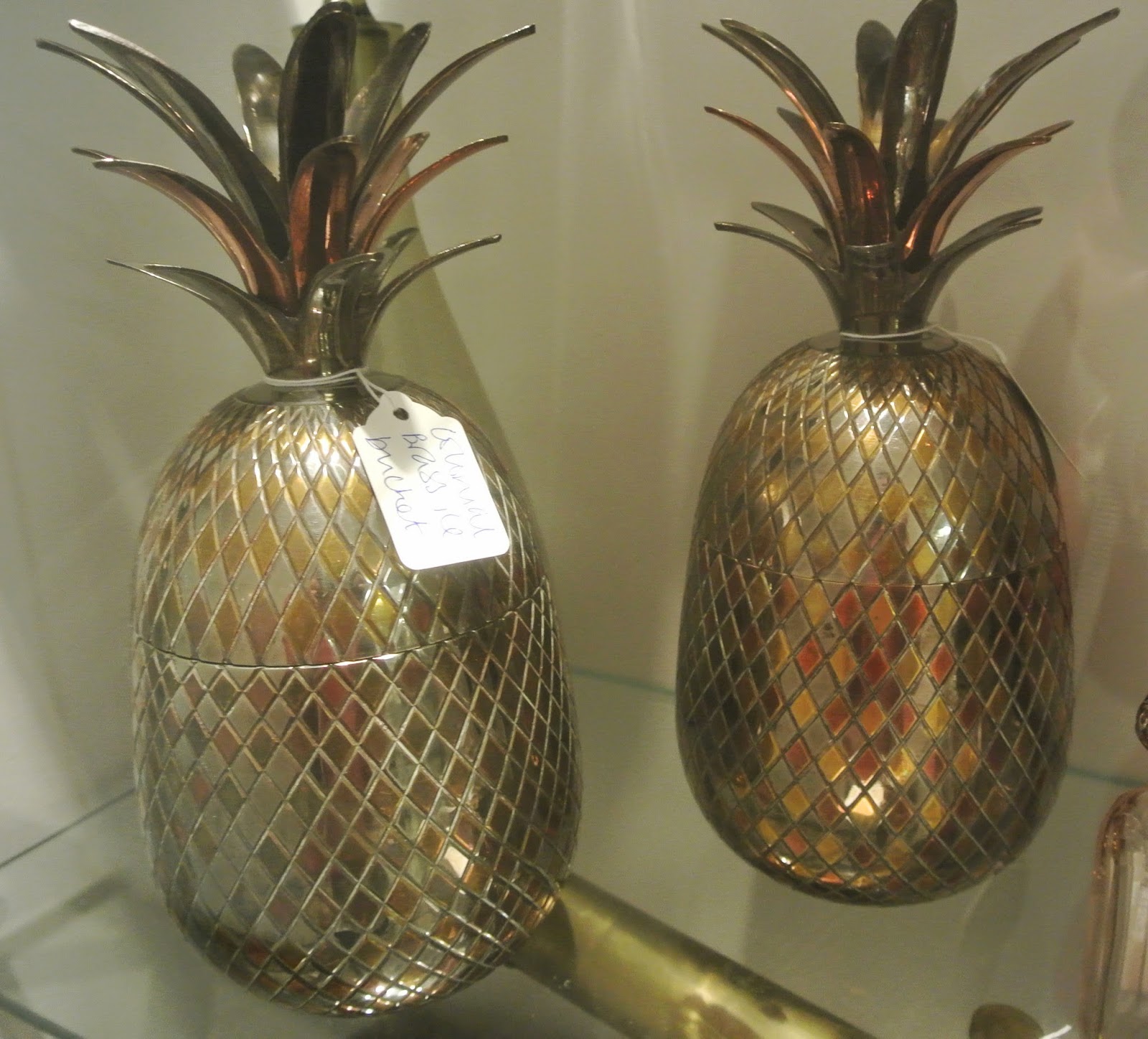 Adam Murray of Ancient-Jewellery has a stunning selection of early jewellery such as ancient Greek, Roman through to 17th century.  His fascinating showcase would not look out of place in the British Museum!

Brian specialises in a wide variety of beautiful silver objects, from pocket watches to salt & pepper shakers. If you are stuck for gift ideas, Brian's showcase will not dissapoint!


Dont forget, next week 27 November is the annual Grays Christmas Shopping Party! Join us from 5pm-8pm for music, drinks and festive fun whilst you shop.
Please RSVP 020 7629 7034 or info@graysantiques.com

In the Spirit of Remembrance

Special events all over the country are commemorating the centenary of the start of First World War. At the Imperial War Museum, First World War galleries and an interactive website gives access to archive material of the diaries and personal papers of a wide cross-section of First World War veterans. The material acquired by the Museum comes from across all the services and is not limited to specific rank or social class. From 1916, street shrines began to appear, and a year later, the Imperial War Museum was founded to record the conflict for future generations.


The First World War represents the first occasion on which a truly mass British army was placed in the field, and who were literate enough to write their thoughts and experiences. Therefore it communicates an overview of combatants of all ranks, via their personal papers and sound recordings. Moreover, it aims to include men and women from all the countries who, at the time of the conflict, formed part of the British Empire or those from other nations who contributed to the British war effort.

At the other end of London, the Tower of London, is the powerful visual commemoration for the First World War Centenary entitled 'Blood Swept Lands and Seas of Red’. It is an evolving installation by ceramic artist Paul Cummins and stage designer Tom Piper. Officially unveiled on 5 August 2014, one hundred years since the first full day of Britain's involvement in the First World War, saw the Tower of London's famous dry moat progressively filled with 888,246 ceramic poppies - not a random number - but the number of British and Colonial soldiers who lost their lives in the First World War.


The poppies which now encircle the iconic landmark create not only a spectacular display visible from all around the Tower, but also a location for personal reflection. The scale of the installation intends to reflect the magnitude of such an important centenary. It is thought that about five million people have visited as people seem to have taken ownership of the art work. The wave of blood-red blooms flowing across a walkway and the cascade pouring down from a tower will now be preserved at the London site for an extra fortnight beyond Armistice Day on Tuesday. The two structures will then tour the country before finding permanent homes at the Imperial War Museums in London and Manchester.

The first Field of Remembrance was held in the grounds of Westminster Abbey in November 1928. By the end of the war, four major imperial powers ceased to exist, were dismantled or lost substantial territory. The maps of Europe and West Asia were redrawn, with several independent nations restored or created. The poppy was the only thing which grew in the aftermath of the complete devastation. Inspired by Lt Col John McCrae now famous poem called ‘In Flanders Fields’, the poppy is a symbol of Remembrance.

A factory off the Old Kent Road in London was set where five disabled ex-Servicemen began making poppies. The (Royal) British Legion, formed in 1921, ordered 9 million handmade poppies which they sold almost immediately on 11 November that year. Today the factory is based in Richmond and millions of Poppies are sold every year. At Grays we have selected objects dating from the conflict 100 years ago.

Christmas is coming closer and so does the search for the perfect Christmas presents for your nearest and dearest. Join us as we kick start the festive season in style with our Late Night Shopping Event on Thursday, 13th November 2014 from 5pm - 8pm, which coincides with the switching on of the South Molton Street and Bond Street Christmas lights. You will be warmly greeted with mulled wine and minced pies as you browse among the 200 dealers for that unique Christmas gift. 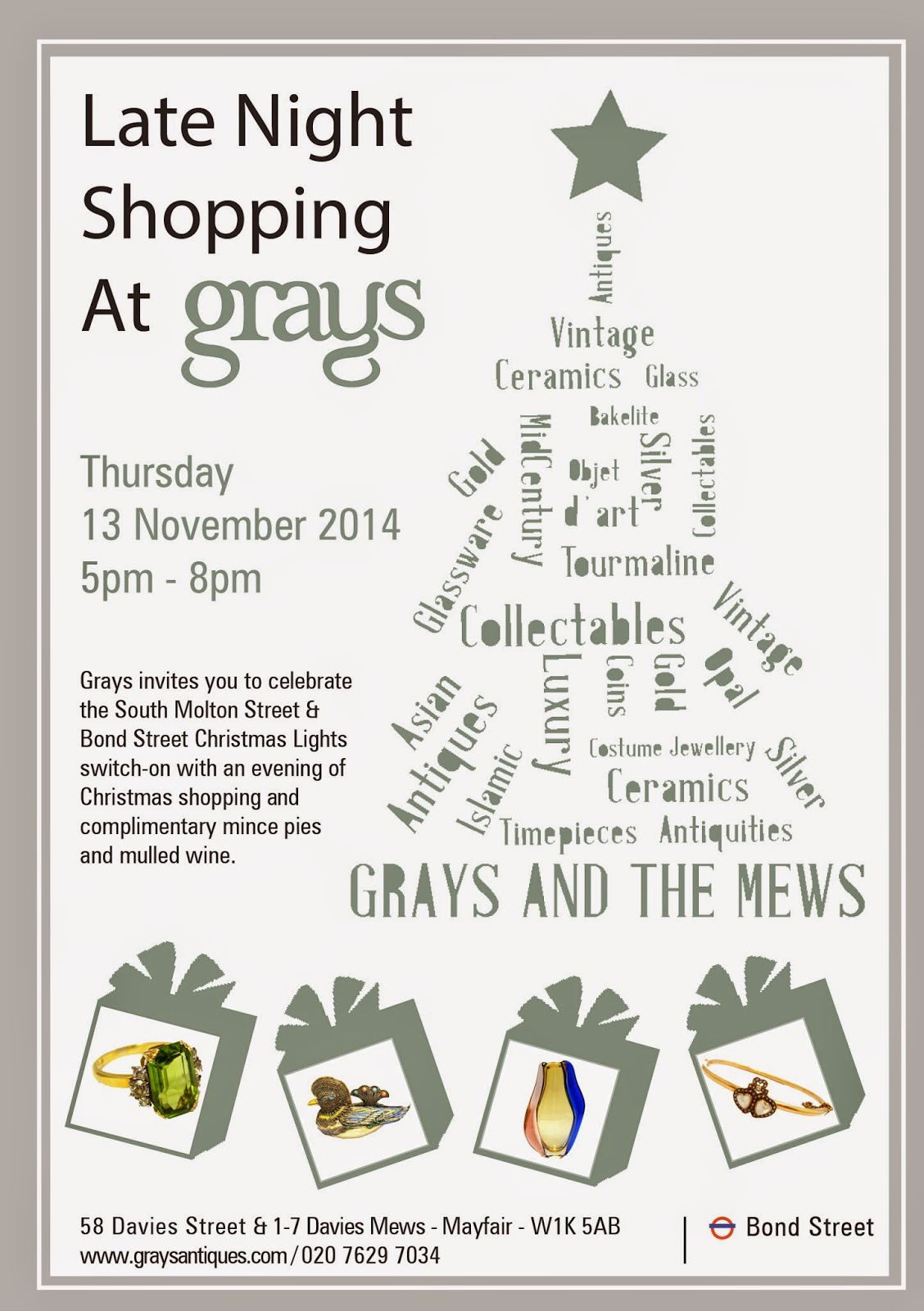 And if this is not enough to make that final purchase decision, don't worry we have it all covered with another festive event to satisfy your shopping needs and desires. We invite you to join us for our exclusive annual Christmas Shopping Party on Thursday, 27th November from 5pm - 8pm. This year we are delighted to welcome the Antiques Young Guns, who will be presenting their Christmas Crackers! - their pick of the best antique gift ideas. Enjoy live music, a glass of bubbly and take your time to discover the delights Grays has to offer.

To help you find the perfect presents we have hand picked a gift selection to suit every person and pocket:

We look forward to seeing you in store. Enjoy your shopping!
No comments: