The Luxury of Bugs and Insects

The natural world is all around us but not just in nature. In the world of luxury and the exclusivity of antique jewellery, there are some outstanding examples of the natural world invading the fabricated one. Bugs and insects have inspired numerous expressions of creative flow throughout history and across cultures.

One of the most obvious styles that come to mind is the Art Nouveau. Indeed, creating jewelley that represents bugs and insects has often its origins in some form of reaction. Considered a 'total' style, Art Nouveau was a form of resistance to academic art, the cluttered compositions of William Morris, and the revival tendencies of the nineteenth century, and was most popular between 1890 and 1914. Art Nouveau jewellers used fantasy figures, flowers, vine leaves, birds, bugs, insects as their reference to create pieces in pique-a-jour enamel, with cabochon and pearls incorporated into the designs along with scrolling gold work.


When Art Nouveau was superseded by Art Deco, jewellery became more geometrical and many of the characteristic themes changed. But bugs and insects, and especially the beetle, remained popular. They were used together with coral, turquoise and coloured crystal to convey interest in exotic lands, architecture and antiquity.

Later on, in the 1950s, when jewellery became particularly gregarious, much more confident, and varied, the natural world, which included all sorts of butterflies and dragonflies, bees and frogs, became part of the decorative lexicon. The 1950s was the decade that saw the birth of modern day traditional insect jewellery.


From the days of the Georgians, when jewellery was high quality and hand made, using the most exquisite gems and precious metals, to the Victorian period when bird, insect and animal themes took on a new meaning with genuine scarabs, birds and claws set in metal, we find nature infiltrating jewellery production. Their extraordinary shapes and colours, and imbued with symbolism bugs and insects are an enduring favourite for fine and costume jewellery alike.

At Grays we had much fun choosing pieces to show you. The idea was to select items that are of high quality, prized for their rarity, or just because they made us happy.

Grays has always been historically associated with antique engagement rings and fine period jewellery. However with the addition of new vintage dealer Kitty Verity, Grays now houses the largest collection of luxury costume jewellery in London. Home to five permanent vintage jewellery dealers as well as many showcases brimming with rare pieces, Grays is without a doubt the go-to destination for original designer and rare vintage costume jewellery. 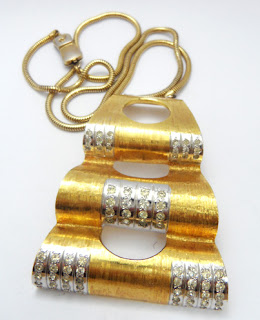 A 1960s Pendant by Pierre Cardin from Linda Bee

Kitty Verity joins expert costume jewellery dealers Gillian Horsup and Linda Bee who between them have been in the business for over 60 years. Both Linda and Gillian have become favourite sources for fashion stylists and they regularly feature in the press. This summer vintage earrings from both dealers’ glittering collections were worn by Kate Moss on the cover of Vogue and Gwyneth Paltrow on the cover of Glamour.

On the ground floor of Grays Mews, Linda Bee’s vibrant pink shop is full of glamorous vintage jewellery including a constantly changing collection of ever collectable Lea Stein brooches. Expect to find bold, statement pieces and oversized jewels from the 1920s to the 1980s. 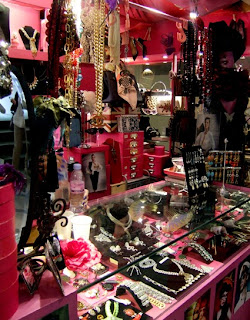 Part of vintage fashion emporium Vintage Modes, and also based in Grays Mews, Gillian Horsup has a vast collection of jewellery with a focus on Art Deco. Find original Egyptian Revival pieces, Bakelite bangles and a dazzling array of accessories from compacts and purses to dainty cigarette holders. Also find key pieces from designers such as Chanel, Balenciaga, Trifari and many more. 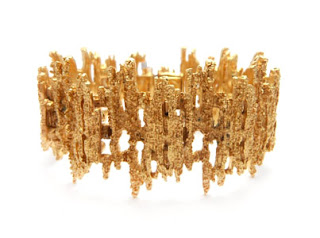 Unicorn moved to Grays from Camden Passage five years ago and offers a superb selection of early 20th century jewellery including designer pieces from the likes of Trifari and Miriam Haskell. Unicorn also has a large selection of colourful Bakelite bangles and fashionable 1980s cocktail jewellery on trend for this Autumn. 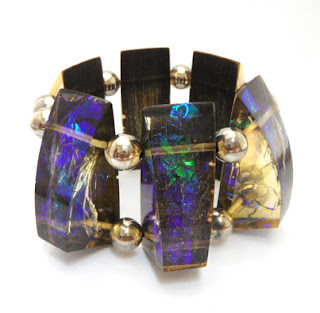 Kitty Verity, at just 22 years old, has wisely started her business in the right place. Surrounded by experienced dealers to offer guidance and with a superb eye for style Kitty offers sought-after pieces discerningly sourced from renowned jewellery houses including Christian Dior, Chanel, Boucher and Miriam Haskell.  Find extraordinary jewellery in her new shop from the Victorian era through to the 1990s. 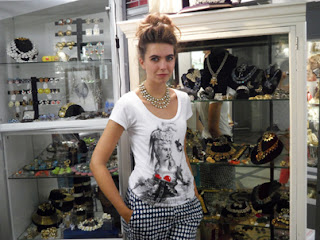