Our Dealer Spotlight for this month is shining bright on Kitty Verity who recently joined the pleiad of fantastic vintage jewellery dealers in Grays. Kitty, at the age of 22, has an eye trained for style. Her large shop downstairs in the Mews houses her bold collection of vintage costume jewellery. You can find Kitty Verity downstairs in the Mews, unit C16/17

Here is a great selection of carefully chosen items for sale including some of our favourites listed below: 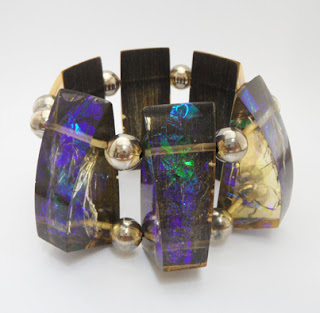 A chunky bracelet by Acces Ocean Paris, made of resin
containing  layers of opaline foil to incredible effect. 1980s. 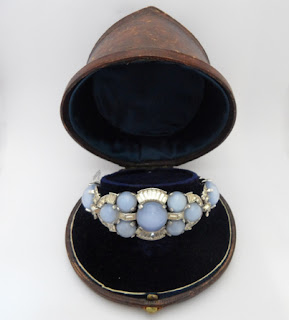 A beautiful bracelet made by Boucher in the 1950s, featuring
faux sapphires cabochons and baguette white paste in rhodium. 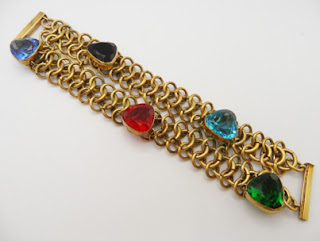 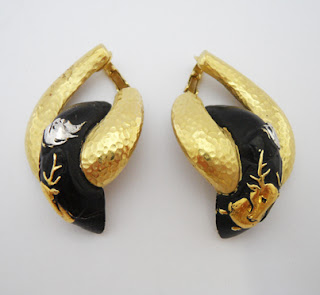 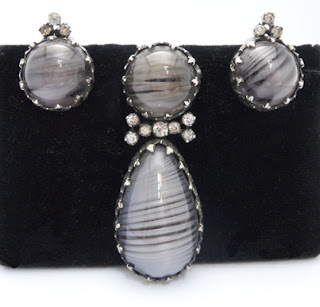 An unusual set of earrings and brooch by Kramer for Christian Dior
made in the 1950s using white paste and grey marbled glass.

Bigger is better this summer, as statement jewellery is making a comeback. From big beaded tribal necklaces to colossal bangles and super-sized earrings. This summer it's all about making a bold fashion statement with over-sized jewellery. Here at Grays we've got some great vintage statement pieces to jazz up your summer outfit. 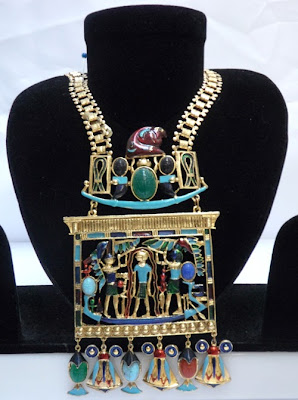 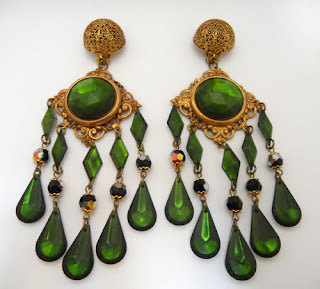 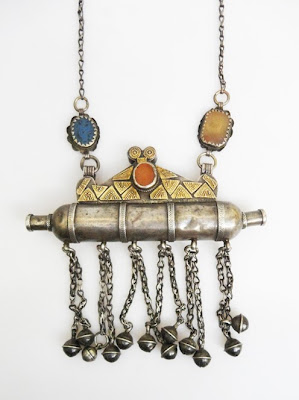 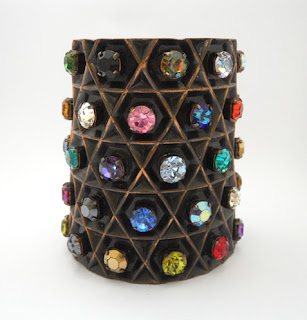 Kashmiri Colonial Silver was one of the most popular styles of Indian Silver.The ornamentation was influenced by the beautiful scenery that the Kashmiri region is well known for. Placed in the background were floral motifs of coriander leaf, poppy plant or chinar leaf, with combinations often applied. (Figures A, B)

Usually, these motifs were amidst line work of arabesques or paisley patterns. The line work was often adorned with a simple circular pattern and gilded.  (C, D, E)

The ornamentation was rendered on a flat plain: the line work and background of floral motifs were on the same level. This created a smooth, intricate effect which reminds one of the artistry of the, well known, Kashmiri shawls. The paisley pattern can be seen on Kashmiri shawls, showing the further influence silversmiths had from the shawl makers. (E, F)


Kashmiri ornamentation was applied to both European and Islamic forms. In Islamic style Kashkuls (begging bowls), kangri bowls, and surahi (water bottles) are seen, and in European style tea sets, goblets, and trays are seen. (E,G)


About Joseph Cohen Antiques
Joseph Cohen specialises in Indian, Oriental and Islamic silver offering a stunning selection of unique and historic items.  He regularly sources important pieces for international museums and private collections. He also has specialist knowledge of Judaica and Oriental ceramics.

You can find a wide selection of silver pieces permanently available at his stand in Grays and on his new website josephcohenantiques.com.

We were lucky enough to be in Edinburgh last weekend and managed to see an exhibition about amber at the National Museum of Scotland.  It inspired us to write a blog post about amber pieces on offer at Grays.

Amber is an incredible natural material.  It is made from resin secreted by trees used to offer protection from damaging insects. The resin slowly oozes out from the bark and pieces fall to the ground and get lost in the soil and earth.  Millions of years pass and slowly the resin fossilizes and becomes stone-like, forming pieces of amber.  Sometimes the resin can trap insects or plant matter, these are known as inclusions.
Amber can be found all over the world and the colour and consistency changes depending on the location and climate.  Most amber comes from the Baltic region in Northern Europe and can sometimes be found washed up on the beaches in the UK!


Amber has been used in jewellery and decorative objects for thousands of years. For centuries amber was considered a expensive luxury commodity and available only to the very wealthy.  Many believed it to have medicinal properties and it was sometimes used in amulets to ward off illnesses and afflictions.
At Grays Amber can be found in a multitude of different types of objects and from a diverse range of cultures.  Here are some of our favourite pieces:


Many more stunning pieces are available at Grays.  Come and visit from Monday - Friday 10am-6pm.  Many dealers are also open on Saturdays from 11am-5pm.
No comments: