Ewers are both fascinating and intriguing objects.  They have been around for centuries and appear in many cultures worldwide.   A ewer is typically vase-like in shape with a spout for pouring and they are usually decorated.

During the Tang Dynasty (AD 618-907) in China ewers were commonly associated with glazed earthenware and were popular works of art.  Many depicted scenes of the Silk Road, the great trading route that connected the East and West.  The Tang Dynasty is considered the 'golden age' of Chinese development and many decorative ewers displayed the cultural diversity found in Chinese cities such as Chang'an, the largest city in the world at the time.  Once reserved solely for the upper classes, ewers slowly became commonplace items available to many. 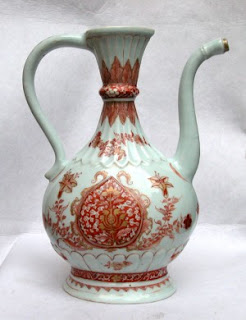 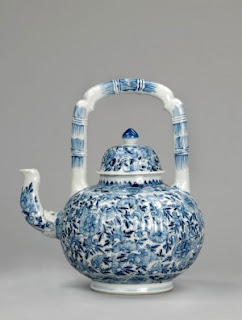 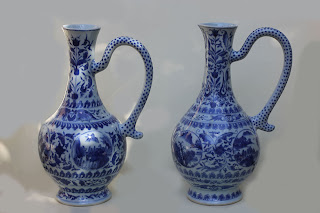 If you need an antidote to Olympic fever, why not visit Claudia Mele first major solo exhibition in the Gallery in 36 South Molton Lane. Codex Indomitus is a series of gold leaf and ink drawings based on chiaroscuro using gold leaves to accentuate the extreme contrasts of light and shade. Inspired by her journeys around the world, Claudia utilises themes found in untameable experiences as love, death and war. She uses myth, nature and specific cultural iconographies as a medium to depict the different phases of human endeavour. 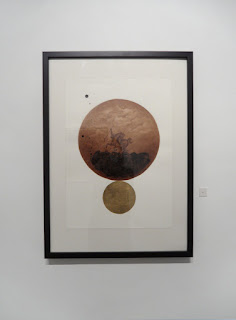 'George and the dragon' 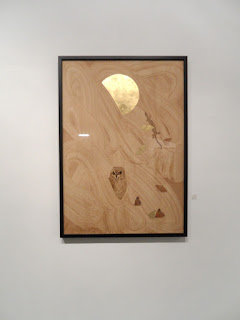 'Summer (and I am thinking of you)' 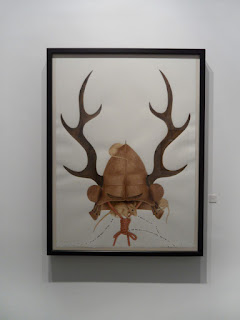