Christmas gift dilemmas - we have all been there! It can be difficult finding the ideal gift for your loved ones, we can spend hours searching for the item that is just right, but to no avail. Sometimes we just don't have time for the arduous task of Christmas shopping. Do not fret! Grays is the perfect destination for your last minute gifts - we have a wide variety of items to suit all ages, all under one roof.

Make sure you plan a visit to Grays you still have time! We are open every day (closed Sunday 22nd December) until Tuesday 24th December, we will close at 4pm that day.

Grays welcomes David Horton from Horton London, a new dealer to the Mews.

David is a well established dealer with over 35 years of experience in jewellery, antiques and fine art. He holds a diploma in Diamonds (FGA, DGA), as well as being a Fellow of the Gemmological Association and has been an accredited member of LAPADA for many years. Horton London offers a fantastic collection of high quality jewellery ranging from late 18th century to the present time.

You can find David in Stand L22/23 or visit his website here for more details. 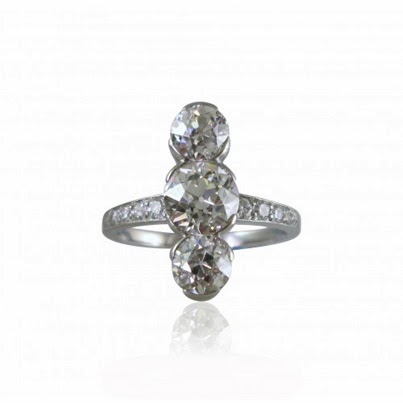 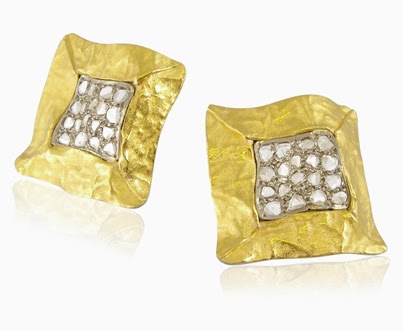 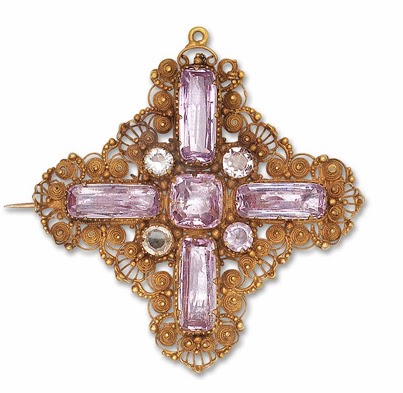 A Regency cross brooch in 18ct yellow gold set with two shades of topaz and with cannetille detail. Circa 1820s. Offered by Horton London. 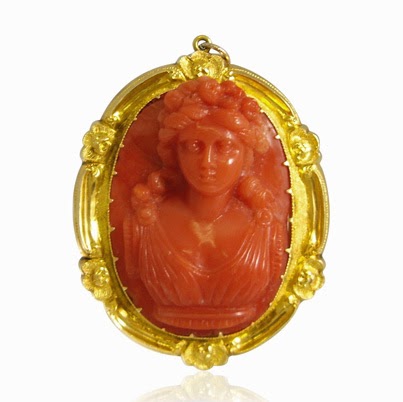 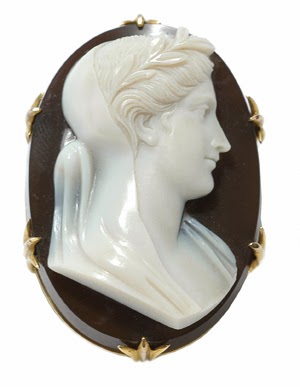 The festive season is just round the corner, it's time to start thinking about your party attire! When it comes to fashion, Christmas is all about sparkle and glamour, choosing the right accessories can really set off an outfit.

At Grays you will find a gorgeous showcase of Crystal hair accessories and the new Swarovski Crystal Slide Colour Collection by Nina Rai Couture Hats is currently on display.

We are really looking forward to visiting the Museum of London to see their current exhibition of the Cheapside Hoard.  The Cheapside Hoard is a collection of jewellery that was found in 1912 in the basement of a house in Cheapside, London.  The hoard contained jewellery dating from the 16th and 17th centuries.  It has rarely been exhibited before and this is the first time visitors can see so much of the collection.

The Museum of London has investigated the mystery surrounding this buried treasure from the Elizabethan and Jacobean eras.  We can't wait to have a look and have put together a hoard of similarly dated jewellery from Grays dealer Peter Szuhay in honor of the history that has been unearthed in London.


The Cheapside Hoard exhibition at the Museum of London runs until the 27th April 2014.

To see more jewellery and artefacts from Peter Szuhay visit his website www.peterszuhay.com.

Highly reflective, heavy and soft to touch, silver has been and still is coveted mainly for one simple fact. It is extremely beautiful. With so many antique silver dealers at Grays customer are spoilt for choice. One of the newest silver dealers to Grays Antiques is James Baldwin. He is one of the main dealers in Old Sheffield Plate and has an extensive inventory.

Old Sheffield Plate was the first commercially viable method of plating metal. The method itself was invented by a Sheffield Cutler named Thomas Boulsover in 1743. The various accounts of his invention are vague and slightly contradictory, but suffice it to say that in the course of his work, by a happy accident, Boulsover discovered that applying sufficient heat to contacting silver and copper the two metals fused. This, in effect, meant that the two metals acted as a single one, and when worked or hammered out the proportions of silver to copper remained the same. The technique Boulsover developed was to sandwich an ingot of copper between two plates of silver, tightly bind it with wire, heat it in a furnace and then mill it out in to sheet, from which objects could be made.

It is not known how other manufacturers learned his technique, but Boulsover never patented it. The potential of the material was quickly realised, and soon it was being used to fashion boxes, salvers and jugs, and not long after that candlesticks and coffee pots, and other traditional tableware. 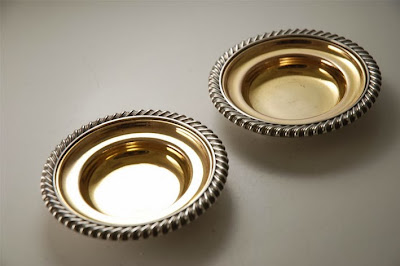 These old Sheffield Plate dishes are heavy, and of beautiful quality. They are circa 1805, fire gilt inside, while the borders are applied sterling silver. Each Old Sheffield Plate salt bears a set of engraved initials underneath. They could be used, as intended, for salt or for sauces and condiments, or even as sweet or nut dishes. Offered by James Baldwin Antiques. 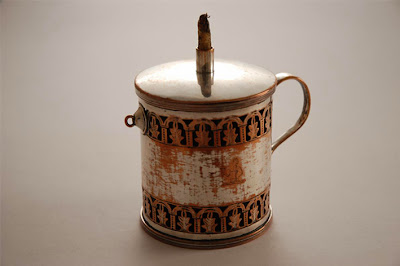 This Georgian Old Sheffield plate bougie box was made in circa 1790. Bougie is French for candle, and bougie box is in the same manner as a silver wax jack. The coiled candle is in the case and pulled out through the hole in the rid. This bougie box is very desirable and rare, although the original snuffer is missing. Offered by James Baldwin Antiques. 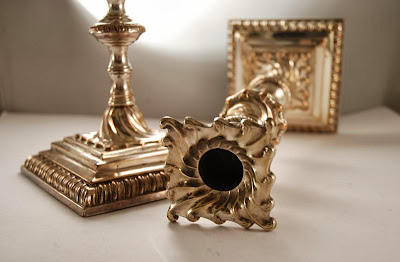 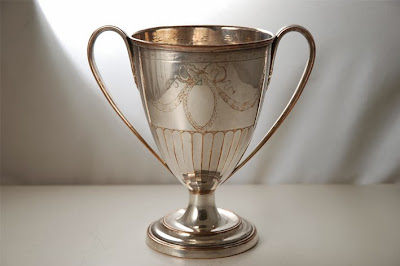 This Old Sheffield Plate loving cup was made circa 1790, and is typically Neoclassical in design. Loving cups were traditional at weddings, where both the bride and groom held the cup and drank. This cup is an example of lovely quality, and charming design. It is half fluted and flat chased with swags and cartouches. Offered by James Baldwin Antiques. 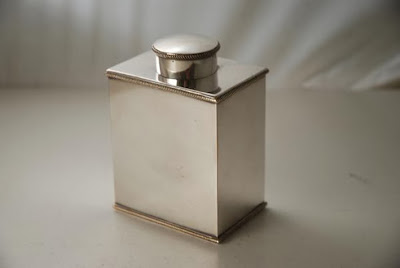 This charming little Old Sheffield Plate tea caddy was made circa 1800 and is of lovely quality and design. It has the most stunning antique patina, and is crisp, elegant yet understated. Offered by James Baldwin Antiques. 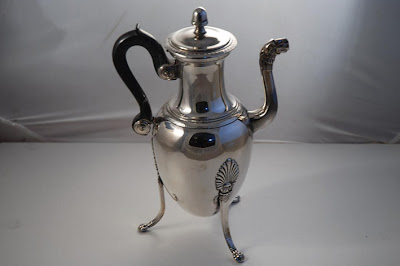 Honiton Lace has been made in Devon in South West England since the 16th Century and has become world famous for its intricate and delicate designs.

Honiton Lace is a type of hand-made bobbin lace.  It is made with hundreds of tiny pins set out in the desired pattern on a pillow.  The lace-makers then use wooden or ivory lace bobbins to weave thread around the pins to create the lace.  The finest lace would have been made by exceptionally skilled craftsmen and would have taken months to complete.

Due to the complex and time consuming process of making lace it was highly valued and at one point more expensive than gold.  Honiton lace was used to adorn clothing and was made in the form of collars, trim, bonnets, handkerchiefs and wedding veils.

Only the very wealthy and Royalty could afford to buy the lace.  Queen Victoria revived the Honiton lace industry in 1840 by using it for her wedding dress and by commissioning the Royal christening gown for her first child Princess Victoria.

Since then the same christening gown has been past down from generation to generation and all the Royal children have worn the gown when they were christened. This included the current Queen Elizabeth, Prince Charles and Princes Harry and William. Click here for a gallery of Royal christenings.

As the gown is now almost 200 years old and extremely delicate a replica of the original has been remade using the same materials and techniques which include Honiton lace and fine embroidery.  Prince George wore this new gown when he was christened last month on the 23rd October.

Honiton lace is not made commercially anymore.  There is still a Honiton Lace shop in Honiton, Devon as well as a museum.  Grays dealer Diane Harby stocks Honiton lace in her shop at Grays.  Diane first started collecting lace as a hobby. As her knowledge and love of the subject grew her lace collection has expanded into a full time business.  She has clients from all over the world and stocks a variety of hand-worked and machined lace made both in the UK and abroad from places such as France and Italy.

Stewart and Julia from S & J Abbott Ceramics Plus although newcomers to Grays are well established collectors and dealers in European ceramics and other decorative items. The business has grown from their collecting and academic research in decorative wares with an emphasis on design and quality. Their unusual and interesting collection dates from the eighteenth to the twentieth century. They stock a wide variety of items which are of interest to new and established collectors at affordable prices. You can view their exquisite pieces in Showcase FS06, Davis Mews. 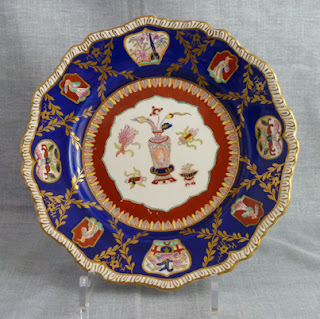 A Mason’s Ironstone Tazza decorated in the Chinese manner with vignettes on a blue ground within a gilt heightened border and spreading circular foot, impressed and printed marks to base. Late 19th century.
From S & J Abbott Ceramics Plus. 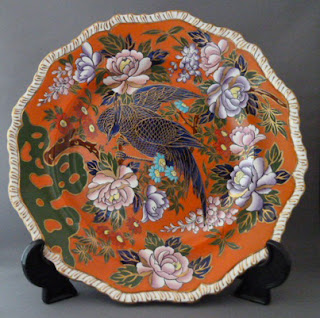 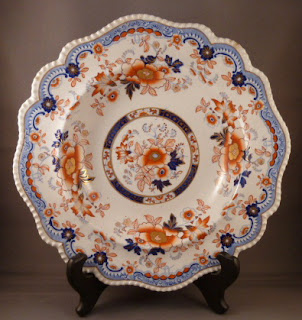 Six large soup plates printed in blue with flowers and leaves, picked out in iron red and gilt, within gadrooned borders. Printed Royal Arms and 69 in blue.
Hicks and Meigh 1814-1837. From S & J Abbott Ceramics Plus. 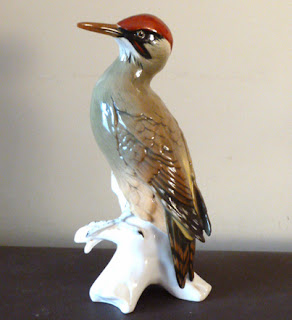 A model of a green woodpecker manufactured by Karl Ens factory, model 7527.
From S & J Abbott Ceramics Plus.

Miranda from Mhangura Antiques Jewellery and Collectables is a new showcase dealer to Grays Mews. This new business venture was inspired by her lifelong passion for rummaging through old haunts in search of antiques and vintage pieces. Miranda sells a diverse collection of antiques, vintage jewellery, antique globes, handbags and many more collectables. You can find her eclectic stock in Showcase V19 in Grays Mews. 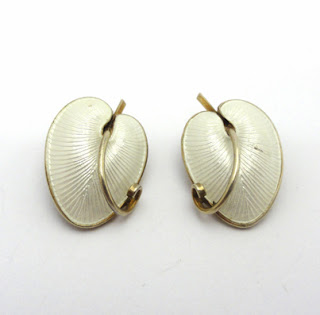 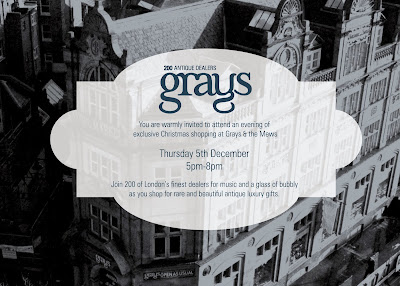 Visit Grays from 5pm-8pm on Thursday 5th December for an evening of Christmas Shopping at one of London's leading antique centres.

Promising a sophisticated affair, enjoy live music from the delightful Haywood Sisters and a glass of bubbly as you shop for luxury gifts, unusual stocking fillers, and designer vintage fashion.

Invitations are free, but you must RSVP for entry.

Asian Art dealers, Duchange & Riché specialise in rare and exquisite Chinese and Japanese objets d’art from between the 14th and 19th Centuries. 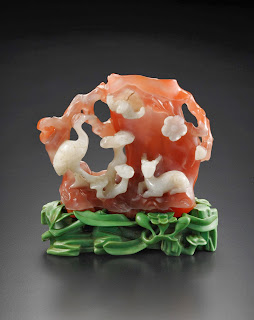 Originating in Paris in 1965 by lead expert Michel Duchange, Duchange & Riché’s gallery now lies in the heart of the antique district of Sablon, Brussels, run by Michel’s daughter Anne and her husband and business partner Philippe Riché.

Having recently opened an outlet in Grays, Duchange & Riché join other respected London based dealers in participating for a second year in Asian Art London 2013. After a successful and well received 2012 exhibition, they have returned to the Art Space Gallery on Maddox Street where they will showcase exceptional pieces of Chinese taste, Export and East India Company, as well as a remarkable Japanese collection. 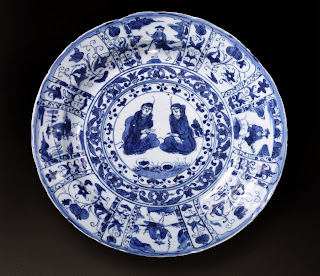 They will be participating in the Mayfair late night opening where the gallery’s Directors will be able to discuss and give some insight in to the pieces on display and Asian art history.

On the 13th November Ivy Auctions will be conducting a sale of fine Chinese ceramics and works of art. The auction will take place in The Music Room, just above Grays Mews.  A selected preview of items in the sale are pictured below as well as viewing times.  For more details visit the-saleroom.com. 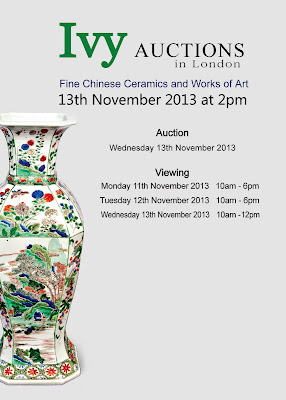