We are nearing Easter, which originally was a celebration of Eostre, pagan Goddess of spring. Bede's 8th century writings describes the Ēostur-monath, which was the Anglo Saxon equivalent to the month of April, and that feasts were held in her honour. 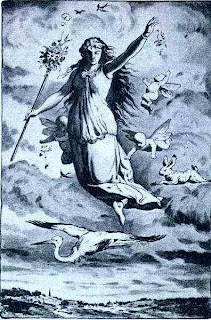 Eostre
The egg has a long tradition as as symbol of birth and fertility and has been adopted into creation myths from Babylonian times onwards and the Christians adopted the egg as a symbol of resurrection.  An exciting discovery of patterned ostrich egg shells indicates that eggs were possibly used as symbols as far back as 60,000 years ago. 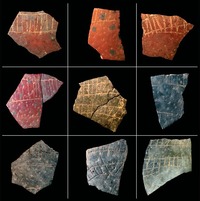 Enigmatic patterned ostrich shells found in Africa.
At Grays we scoured our shelves to find ovoid shapes to fuel the Easter imagination. 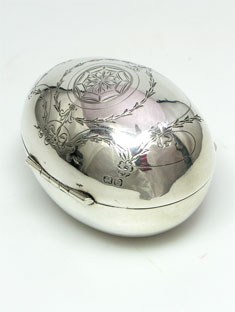 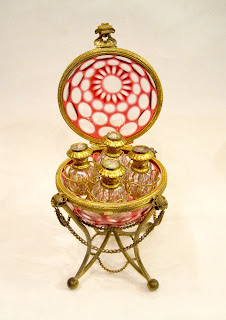 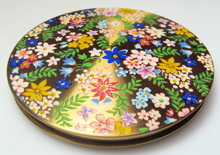 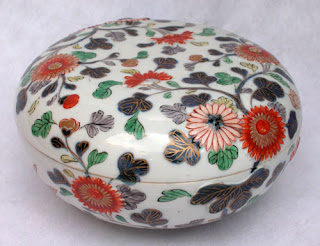 A magnificent pair of ovoid shaped Italian Palermo Maiolica pharmacy jars. Boldly painted in shades of black, yellow and grey, with military trophies, including a coat of arms, all on a blue ground, reserved with a cartouche within a gadrooned frame, one depicting a lady with a laurel branch, the other depicting Christ bearing a cross, ca 1600, offered by Anita Gray 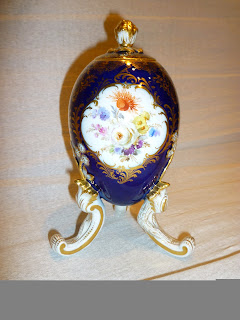 Meissen ovoid vase and cover on three legs, painted with bouquets of flowers within three cartouches on a rich cobalt blue and gold ground, circa 1880, offered by K and M Antiques 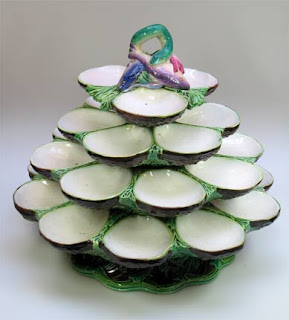 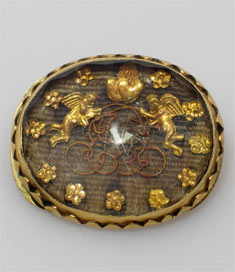